The Kaa framework consists of the Kaa server and endpoint SDKs. The Kaa server implements the back-end part of the framework, exposes integration interfaces, and offers administrative capabilities. An endpoint SDK is a library which provides communication, data marshalling, persistence, and other functions available in Kaa for specific type of an endpoint (e.g. Java-based, C++-based, C-based). This SDK can be used to create Kaa clients, which are any pieces of software that utilize Kaa functionality and are installed on some connected devices. It is the responsibility of the Kaa client to process structured data provided by the Kaa server (configuration, notifications, etc.) and to supply data to the return path interfaces (profiles, logs, etc.). 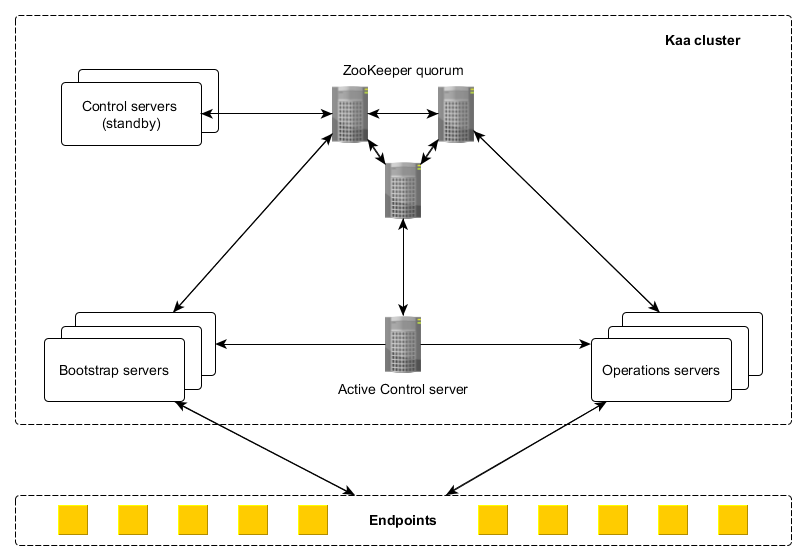